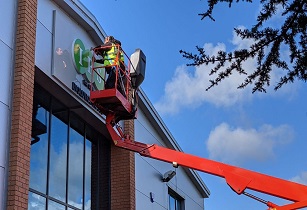 International Pheromone Systems, which offers nature-based approaches and specialist knowledge to monitor and manage pests in agricultural and domestic environments, has re-located and re-branded as part of plants to extend the company

The team will focus on continuing its work with the help of funding from organisations such as Innovate UK while also improving existing products and building relationships with organisations such as Confor and LEAF as well as universities around the world. IPS will also, as it has done in the past, team up with other companies such as Agsenze to harness IoT technology.

The new trademarked NaturAlly logo will be visible on most products and communications alongside the core IPS brand.

The new website will continue to be developed and enhanced. It currently has five different sections: arable; horticulture; forestry, livestock and pest control. Customers can quickly learn about the solutions that can be tailored to their pest challenges using the ‘search for a pest’ feature.

IPS managing director, Graeme Hartley, explained,  “We have put a lot of thought into how we communicate the ethos of our company. We decided that the words Innovation, Passion and Sustainability should be at the heart of everything we say and do.

“The biological control market is growing and is expected to expand further, by around 15% a year for the next five years. In the EU approximately half of all applications for approval for new active substances are for biological plant protection products. Alongside this, the demand for food produced without the use of chemicals is growing.

“Initiatives like the EU’s Green Deal, the Farm to Fork and the Biodiversity Strategies envision significant reductions in chemical plant protection products. In 2020, the EU Commission proposed a 50% reduction in the use of pesticides by 2030, while France became the first EU country to target a halving as soon as 2025,” he added.

“Global pesticide application has steadily increased from 2.3 million tonnes in 1990 to 4.1 million tonnes in 2018, according to the Food and Agriculture Organization. The use of pheromones for pest monitoring and control promises to become an ever more important component of the ongoing challenge to develop alternatives to synthetic chemical pesticides in order to solve their associated environmental and human health problems.

“Pests have been added to the list of anticipated impacts of climate change. With a longer growing season and a warmer climate, weeds and insect pests will proliferate, most likely leading to more pesticide use – which is itself responsible for harmful emissions that further exacerbate climate change.”

Insects found on farms have increased their ability to survive winters and produce more generations of young. As these insect numbers grow, farmers have adopted the use of seeds coated with toxic pesticides such as neonicotinoids to manage them. The use of neonicotinoids, which kill insects by blocking nerve impulses, have caused a 40% decline of insects, including pollinators.

The company’s highly skilled entomologists find solutions from nature itself. Together with universities, scientific partners and growers, the IPS team works to find natural solutions to help reduce pesticide use and support Integrated Pest Management (IPM) in agriculture, horticulture and forestry businesses.

A healthier, safer and more productive environment is achieved by using the natural behaviour of pests and finding the right pheromone combination and trapping solution specific to a particular species.

The re-branding is being led by Sue Harbottle-Sear of Konzepts . The new website was built by Drum Internet UK. Blueberry Public Relations has been appointed to help with profile raising of the business.