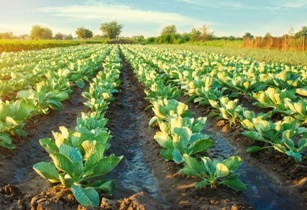 The Pan African Climate Justice Alliance (PACJA) and Fairtrade Africa (FTA) have signed a collaborative pact aimed at addressing the effects of climate change on trade from smallholder farming, and respective producer groups across Africa

Signed in Nairobi, Kenya the memorandum of understanding between the two leading coalitions on climate change and trade will seek to jointly build strong climate resilience among agricultural producer organisations, smallholder farmers and workers linked to them, including addressing the needs of other agricultural value chain actors across Africa.

Kate Nkatha, the commercial director at Fairtrade Africa said that FTA is excited to join forces with PACJA with who, they will seek to correct not just trading but also climate injustices against Africa.

“Climate change has a great impact on smallholder farmers as evidenced by reduced yields and negative impact on quality of the harvest. This affects sustainable production and fair trade which is a Fairtrade philosophy. There is no social justice without trade justice – and climate change is right at the intercession of achieving both and more,” said Nkatha.

Dr Mithika Mwenda, the executive director, PACJA said the performance of the agricultural sector, which is currently dominated by smallholder farmers puts countries like Kenya which have committed to reporting on the sector in their nationally determined contributions to the UN Framework Convention on Climate Change on spot.

“As Africans, we realise that we cannot address climate change without seeking to offer solutions to our smallholder farmers who are on the forefront of suffering from the impacts of climate change. We will jointly seek to develop the adaptive capacities of our farmers,” said Dr Mwenda.

Through this MoU, the parties are committing to enhance and promote trade and strengthening the voice of smallholder farmers on matters of climate justice, and explore modalities in fair trade campaigns.

Numerous studies by PACJA and universities around Africa have established that due to climate change, many regions in Africa that used to thrive in livestock and small grain-producing in the 1970s are increasingly relying on humanitarian assistance from governments and humanitarian agencies.

“As if climate change was not bad enough for African smallholder farmers, the global pandemic due to COVID-19 has wiped out 80% of revenue for farmers across Africa in 2020 alone. We are yet to know how this will pan out at the end of 2021. However, FTA is working with several local and international organisations through its Fairtrade Climate Academy to offer mitigation and adaption solutions and support to its network members.” said Nkatha.

The signing of the MOU by the two comes takes place a day after a meeting of foreign and development ministers from the Group of 20 nations agreed in Italy to boost efforts to fight growing hunger in the world, worsened by climate change effects, especially in Africa.