EIMA Technical News: the winners of the second round 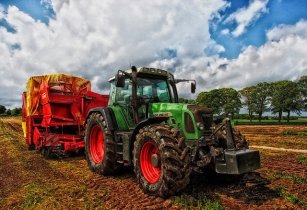 The second session of the 2020-2021 competition has ended, following the one held last November during the EIMA Digital Preview

Twelve innovations attracted the attention of the international jury of experts (five as Technical Innovations and seven as Mentions), which join the 43 winning entries from the first stage of the competition.

Innovation will, once again, be the key theme of EIMA International, the great exhibition of agricultural mechanics that will take place in Bologna next 19-23 October. Organised by FederUnacoma, the Italian association of agricultural machinery manufacturers, the Bologna event - the first event for the agromechanical sector that takes place physically after the restrictions imposed by the COVID-19 emergency - will be the international showcase of the latest generation technologies applied to agriculture, and it will offer businesspeople from all over the world the widest choice of models for every type of processing.

The spotlight will be on the new products and initiatives dedicated to new generation systems, but above all on the Technical News competition/exhibition, which will be exhibited for the entire duration of the exhibition in the Quadriportico of the exhibition centre. This time, the initiative dedicated to Technical Innovations, which has always been one of the most anticipated sections of the event, had a longer preparation and selection phase than usual, due to the postponement of the EIMA dates (from November 2020 to next October).

The rescheduling of the event due to the health emergency made it possible to divide the Technical Innovations award into two stages, extending the deadlines for submitting candidate innovations. The first round, during which 43 unpublished solutions were awarded - 15 as Technical Innovations, strictly speaking, and 28 as Mentions - ended on 12 November with the proclamation of the winning technologies, as part of the EIMA Digital Preview, the virtual preview of EIMA International.

The second, which saw the recognition of 12 other innovations among those that subsequently came to the attention of the jury, ended at the end of January with the completion of all the procedures and dissemination activities. Of the 12 awarded innovations, five were recognised as Technical Innovations, being totally original and unpublished devices, while the remaining seven as Mentions, that is to say as constructive solutions that still stand out for efficiency and ability to improve the performance of agricultural machinery. The 43 winning models of the first session and the 12 winners of the second will be awarded in October in Bologna, with the official ceremony scheduled during EIMA International.