Tractor of the year announced at EIMA International 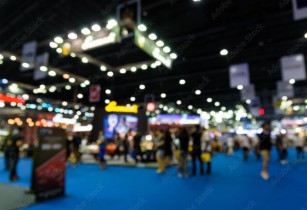 The inaugural day of EIMA International, an exhibition of agricultural machinery, saw the announcement of the ‘Tractor of the Year’, voted by an international jury of journalists as the best performing from the shortlist of 14 finalist models

The award went to John Deere's 7R 350 AutoPowr model, which won the prize in particular for its on-board technology. The ‘Best of Specialised’ category, reserved for specialised crop tractors, was given to Reform model H75 PRO, which stood out for its comfort and safety features, while the ‘Best Utility’ award went to another John Deere, the 6120M AutoPowr, praised for its versatility. The ‘Sustainable TOTY’ award, for models with particular qualities in terms of environmental compatibility, went to New Holland’s T6.180 Methane Power tractor, for its low environmental impact fuel supply.

In addition to the awards ceremony held in the Quadriportico, this year's Tractor of the Year had a new showcase in the form of an open-air arena in which all 14 finalist models were paraded. A large grandstand allowed visitors to watch the finalist machines pass by, described by a speaker and also shown through reminiscent films transmitted on a panoramic screen. This was done to appreciate the technological level of these machines, capable of increasing agricultural yields and at the same time reducing environmental impact as much as possible, so as to make primary activity increasingly sustainable.