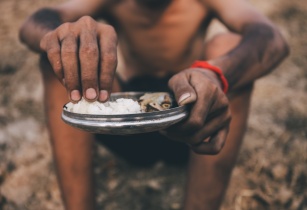 No region of the world has been spared; but the numbers show persistent regional inequalities.  About one in five people in Africa faced hunger in 2020 — more than double the proportion of any other region.

Malnutrition in all its forms remains entrenched, particularly among women and children. Most children under five years with malnutrition live in Africa and Asia. 37% of world’s stunted children can be found in Africa.

Globally, one third of greenhouse gas emissions originate in our food systems. Agriculture is also responsible for up to 80% of biodiversity loss, and continues to overuse our diminishing natural resources, including land and water. Around the world, an estimated 600 million people — almost one in ten — fall ill after eating contaminated food each year.

Science has confirmed that transforming our food systems offers an opportunity to drive progress across the board, from climate action to reducing pollution.  This is the rationale of the Food Systems Summit.  More than 140 Member States have responded to my invitation to convene national Food Systems Summit Dialogues.  The majority of the African continent is participating:  44 countries, over 80% of all African Governments, are leading national dialogues, commented Mohammed.

Food systems dialogues are engaging a diverse range of participants.  Where they are present, United Nations resident coordinators and country teams are playing a fundamental role.

Like the power or transport sectors, food systems can and must contribute to the green and blue transitions.  This means, for example, being less dependent on fossil fuels-based fertilisers and more attuned to nature-based solutions such as natural soil regeneration.  Solutions exist, and they can be deployed at scale, to fight in the same stroke climate change, hunger and malnutrition while preserving our planet.

The aim of this Dialogue is to help the delegates think through how to strengthen national pathways for food systems transformation to achieve the 2030 Agenda (for Sustainable Development).  This should be one of the main outcomes of the Food Systems Summit. Thisdialogue can help bring a unified African voice to the upcoming Pre-Summit in Rome at the end of July, and to the Summit in September in New York.