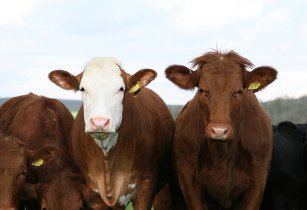 With South Sudan’s rainy season coming to an end, the challenges of finding water points and grazing land for cows and goats are soon set to dominate relations between farmers and pastoralists with their livestock.

“We hope to identify all the areas that require heightened security measures,” said Abdulbaqi Ibishomi, a civil affairs officer serving with the peacekeeping mission. “Only then can the seasonal cattle movements proceed peacefully.”

Guiding the dialogue is the ‘’Marial Bai’’ accords on seasonal cattle movement, which represents one of the most successful attempts at resolving issues related to a scarcity of grazing land and water. The resolutions agreed on are now set to be reviewed every three years.

“I expect herders to come to Kuejana without guns,” said Elario Deng, representing farmers from that county. “Only then will they be shown where their cattle may graze without destroying farmers’ crops.”

Herders, on the other hand, maintained that they needed guns to protect their cattle from raiders.

“We are ready to compensate farmers if our cattle destroy their crops because we understand that crops are just as important as cattle,’’ said Deng Akec Achuil, head of a cattle ranch. ‘’If we don’t compensate a farmer, he won’t be happy, and we fear that he may do anything to our animals.”

Although a conclusive decision was not reached on the issue of weapons, it was agreed that farmers whose harvests are destroyed by cattle will be compensated according to a committee formed to asses the number of crops that has vanished.