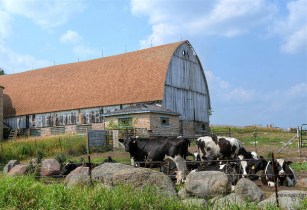 The survey indicated that the financial situation for many farms is currently strained, with the risks they face in the next 12 months. Drought conditions have left arable farms with smaller yields, while dairy operations have had to buy-in feed as a result of compromised grass growth.

Pig farmers face the growing threat of African swine fever (ASF). Agricultural professionals view their prospects for business development in the coming 12 months as mixed, and October’s Chart of the Month from DLG-Agrifuture Insights shows how this applies to a selection of the countries surveyed.

In Germany, expectations are down to an average value of 3.0. In addition to a loss of sales due to lower yields, arable farmers must also be prepared for the risks attached to sowing during the continuing drought. Oilseed rape crops are currently most vulnerable, but continuing dry weather could affect winter cereals.

Dairy cattle farmers are lacking the basic feed supplies due to the drought, which means higher costs. Pig farmers face big economic risks from ASF, which is encroaching from the East and has also recently been found in wild boar in Belgium, and this has tempered their expectations for business development. 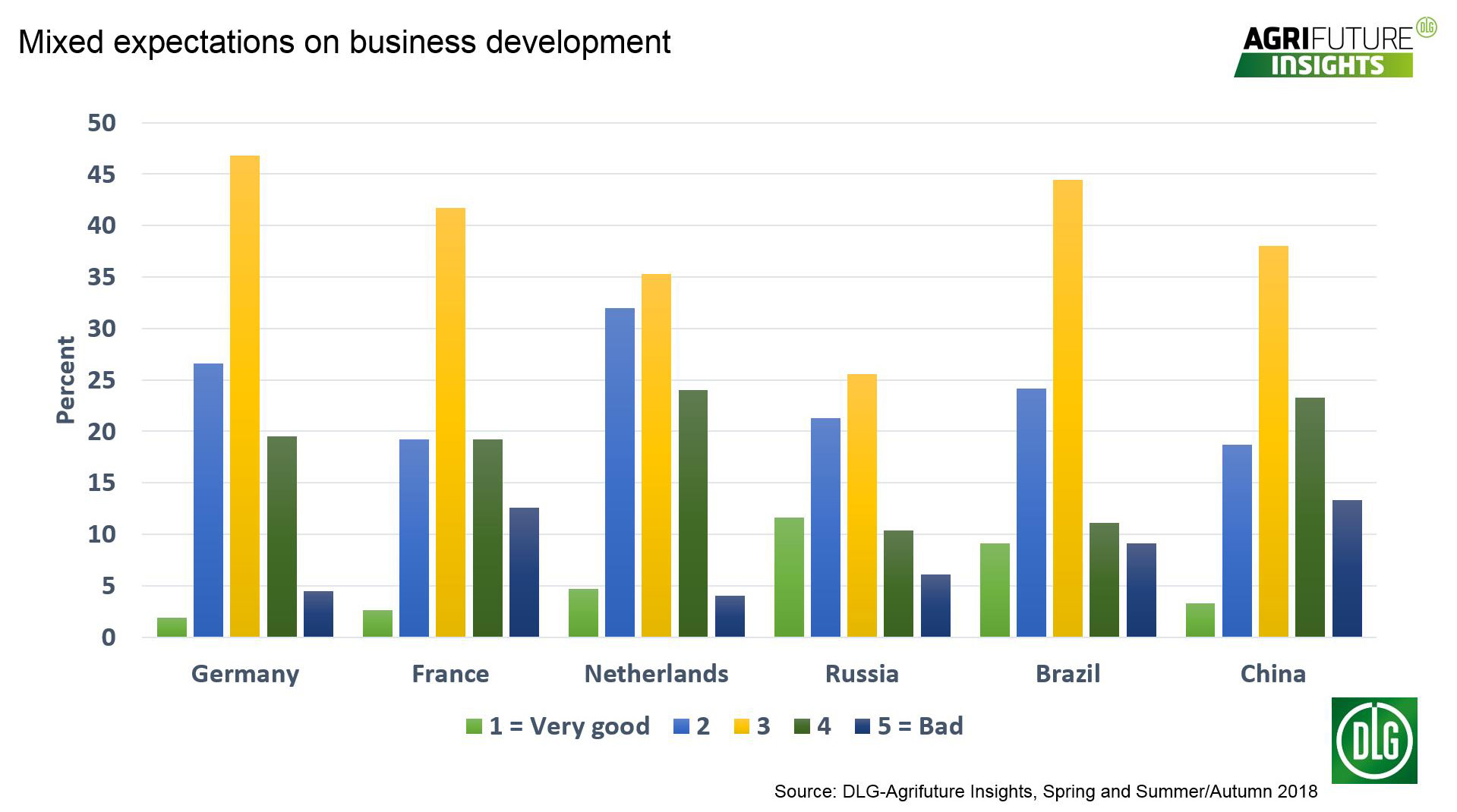 In the Netherlands, the business outlook has deteriorated compared to the survey conducted in autumn 2017. The drought is causing torment to arable and dairy farmers, while all livestock farmers are faced with making the expenses of complying with new phosphorus quotas. ASF is again clouding expectations of business development for Dutch pig farmers in the coming 12 months.

The focus of farmers in the UK is very much on future agricultural policy after Brexit. Current signs are that existing levels of support will continue for a time, but it is expected that payments will become more linked to public benefits. However, as in the EU, a degression of agricultural subsidies cannot be ruled out.

Farmers in China were surveyed by DLG-Agrifuture Insights for the first time this autumn, and they also have average expectations for business development in the coming 12 months.

Outbreaks of ASF in the Far East have already resulted in stock culls and restrictions on the movement of pigs. Fear of further spread of the disease is leading to uncertainty about further development and consequently muted business prospects. However, dairy farmers are more cautious about their expectations than pig producers. Milk is often produced in less favourable locations that incur significant transport costs, so dairy farmers hardly benefit from domestic demand for their products.

In Russia, there is only an ease decline business during the next 12 months. Russias farmers are also facing some business risks like a smaller grain harvest which resulted in expectations of smaller revenues, dampening the expectations of arable farmers’ for developing their businesses. In contrast, Russian pig farmers are much more optimistic. Their market is currently protected from imports by sanctions and countermeasures. This means domestic sales are protected, which should allow these businesses to develop positively.

In Brazil, the trade dispute between US and China has boosted purchases by Chinese traders looking for alternative sources of protein. As a result, the country’s soybean producers are confident about the course of their businesses during the next 12 months. Poultry farmers, however, have come under pressure because of export restrictions resulting from hygiene problems.