High hopes for agricultural and fisheries development in Mauritania 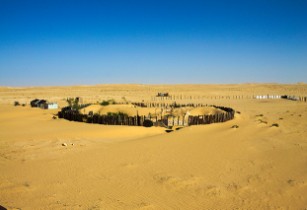 This was the message at a networking and information event hosted this week in London by the Mauritanian British Business Council, with plans afoot for a trade mission this year. Introducing the session, Ayana McIntosh-Lee, vice president - communications and external affairs, BP Mauritania and Senegal, described the commercial atmosphere in Nouakchott, the Mauritanian capital, as "buzzing".

Fisheries make up Mauritania's second-biggest industry after iron ore, but this is being held back by a lack of processing facilities. Again, this could be an opportunity for foreign investors to make inroads in Mauritania. China has invested in fish meal plants but the government has ambitions for exporting fish to Asia and Europe.

It is hoped that oil and gas development will boost the fisheries industry, as was the case with parallel development in the North Sea, which is an area where Britain should be able to lend expertise as well as investment.

The port of Nouadhibou, 450km north of the capital, is also important to the Mauritanian economy as it is a centre of deep sea fishing. This port is naturally sheltered and has been extended and upgraded to include an iron ore terminal, fishing port and commercial port. Crucially, it has been developed as free zone port to attract foreign investment and to become a hub for fish processing.

While Mauritania is 90 per cent desert, the agricultural industry focuses on meat and milk. However, as is the case with the fishing industry, more processing facilities and improved access to energy via the country's gas reserves are required for Mauritanian agriculture to move to the next level. Currently, Nouakchott imports all its meat as Mauritanian farmers export their produce to nearby countries, such as Senegal, Nigeria and Mali.

Inflation in Mauritania, classified as a Least Developed Country, is controlled at 2.5 per cent and GDP is $4.7bn ($1,296 per capita). Twenty per cent of Mauritanians live on less than US$1.25 a day. The country is a parliamentary democracy with a directly elected president who can serve for a maximum of two five-year terms. Presidential elections are scheduled for November 2018 when the current president, Mohamed Ould Abdel Aziz, will have to stand down.